Bestiaire, 2022. Bestiaire is a digital work and in situ installation. It is located, in the public space, in the metro tunnel between two stations in the city of Rennes, France. Both the work’s location and its subject are reminiscent of paintings found on walls in prehistoric caves, creating a form of 21st century parietal art.

Bestiaire is a commission from Rennes metro in Brittany, France. Only visible from the trains, in the tunnel between stations Saint‑Germain and Saint‑Anne, it portrays three sequences of animals stealthily appearing on a 30‑meter‑long LED screen. 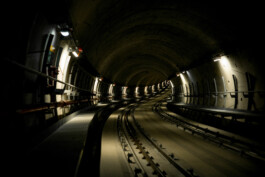 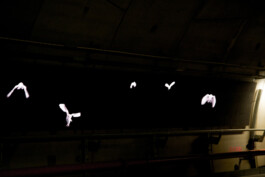 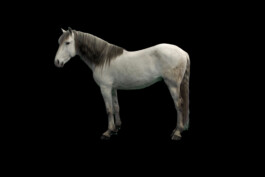 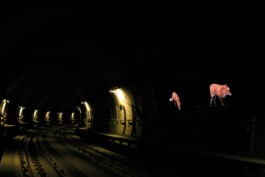